By MLB
In stock
SKU
PD-HOUA17B-SL
Be the first to review this product
MSRP
$65.00

Description
Celebrate the Houston Astros World Series victory with the limited edition World Series Champions Cufflinks, featuring the official team logo alongside the official World Series Champions logo. Commemorate the amazing performances by Jose Altuve, Carlos Correa, and MVP George Springer along with the incredible Astros pitchers Justin Verlander, Charlie Morton, and the rest of the lineup. Cufflinks are silver plated with enamel in the Astros team colors of navy and orange, with bullet back closure. Officially licensed by the MLB.
Shipping Information
Usually ships the same business day
Skip to the end of the images gallery 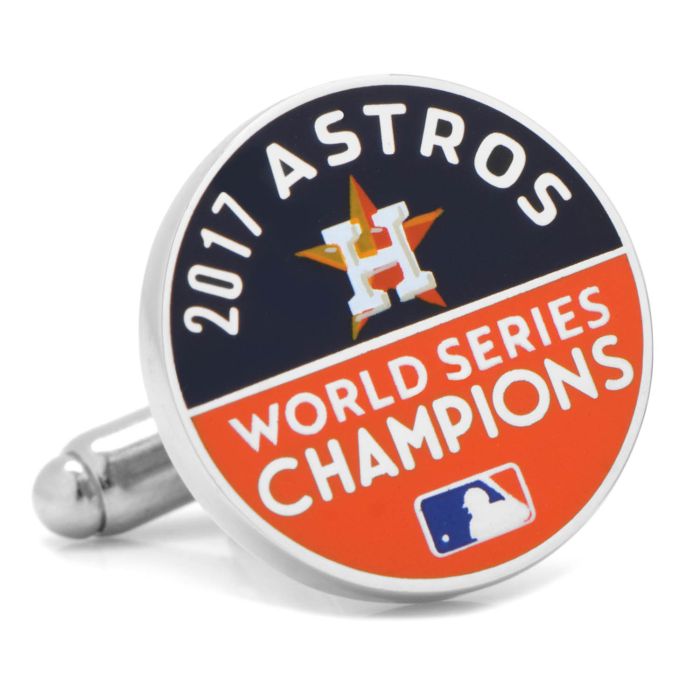